The Thames sailing barge Lady Gwynfred was a 68 ton sprit rigged, wooden barge built by Glover at Gravesend in 1904. Like many barges she had a varied career and came to a sad end.

She operated as general trading barge under sail up to 1933 when she sank at Blackwall following a collision. Salvaged she was repaired and fitted with an auxiliary engine. In 1955 her rig was removed and a 66HP Kelvin K3 engine was fitted. In 1968 she was retired from trade and passed into private hands. She was re-rigged and sailed the Thames estuary and beyond, based principally at Maldon. She was then sold on (?around 1980) to become a static attraction and restaurant, initially in St.Katherine’s Dock and subsequently in  Docklands where she finally sank in 1996. 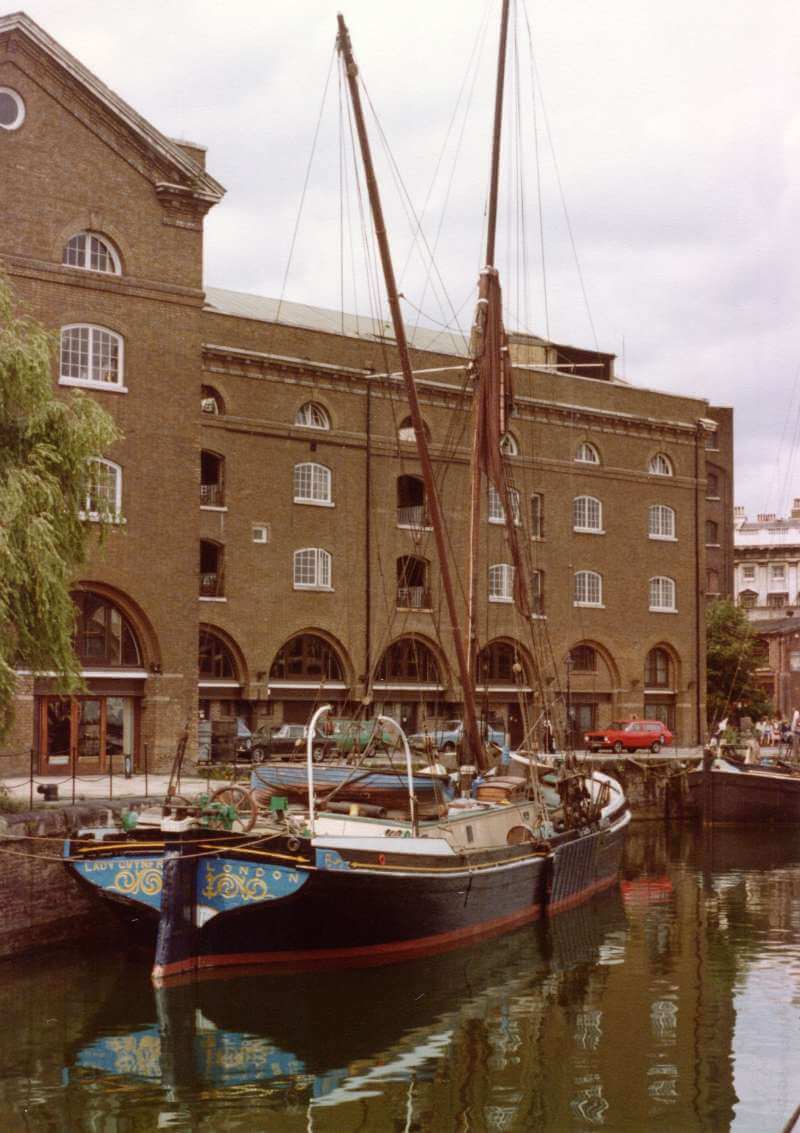 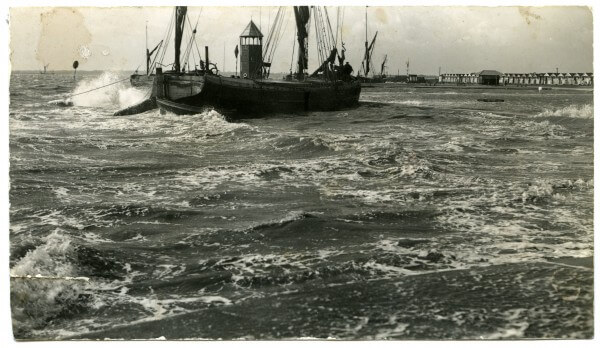 Lady Gwynfred’s barge boat probably dates from the 1930’s and like all such boats is a heavily built clinker launch of just under 20 feet. Some time in the mid 1960’s it was badly damaged when a council dustcart reversed off the edge of Maldon quay onto the barge which was along side. After a major repair she remained with the barge for some years and was I think sold separately when the barge made her final return to London.

The barge boat (or brig) then acquired a tall gaff rig and a centreplate was fitted. Raced as a “Fisherman’s Open Boat” she acquired a very fine centreplate out of a Flying Dutchman but not the care and attention she needed, lying ashore and somewhat neglected for some years until passing into her current ownership.

Restoration has included replacement of the huge transom knee, repair to a large crack in the transom and re-fashioning of the plank to transom joints. In addition she needed a large number of small internal patches. Several timbers were replaced or doubled up and a large number of copper nails replaced.

My role in all this was advice at the planning stage then assistance with getting the fittings and rig set up at the end. All the hard work in between was carried out by the owner.

Returned to the water she took up and became watertight in less than a week and she keeps up honourably with the rest of the fleet.