Ray had spent the early years of his career in Uganda, so when he came back home he called his boat “Mirembe” which is “peace” in Luanda. This turned out to be a serious misnomer; in my experience she was followed by trouble of one kind and another throughout the years of Ray’s ownership. 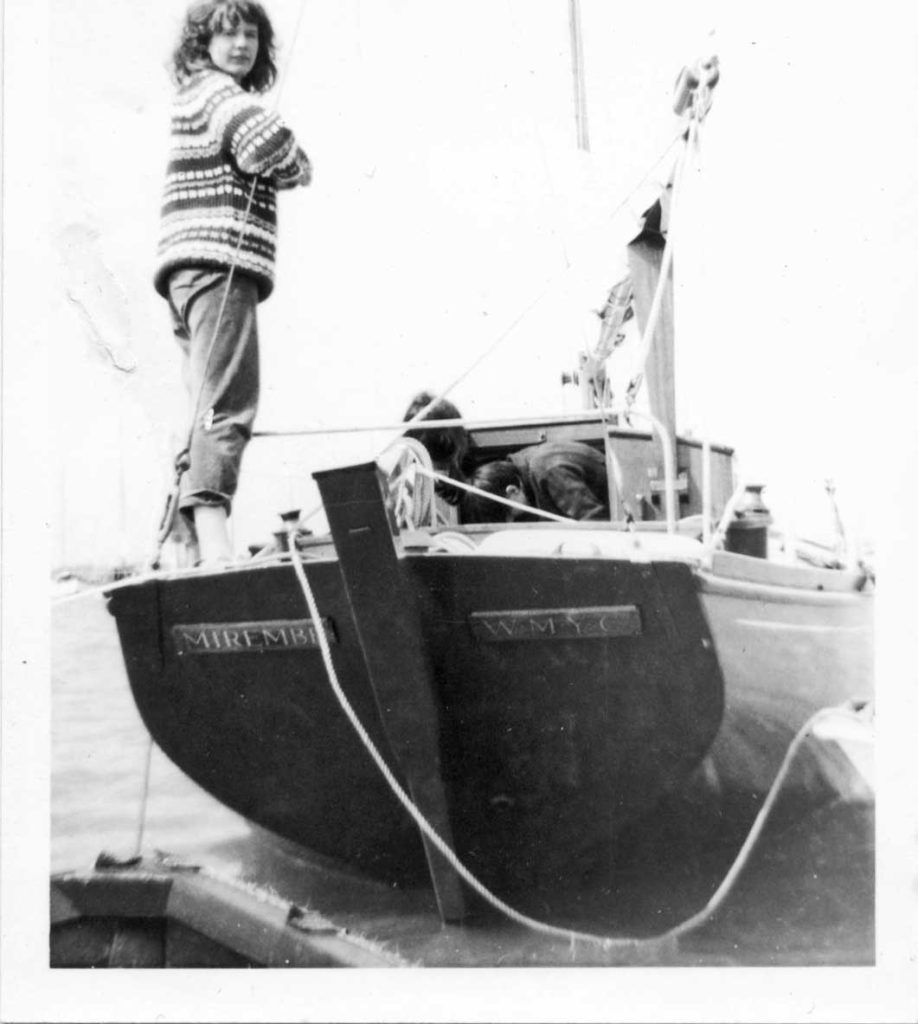 Mirembe was I think a Tomahawk 27, probably built by Guy Harding of Colne Marine at Wivenhoe, she was lovingly cared for by one of the yards at West  Mersea. Her great weakness was the Stuart Turner; it began life with a magneto, was re-built at least once and was converted to “modern” dynamo and coil ignition. Unfortunately none of this seemed to help.  It never either started or ran reliably, it leaked oil, rusted and smoked.  Worse still, nothing it could do shook Ray’s touching faith in the fact that is was going to start when it was required and once running would continue to do so until no longer needed. The consequences of this state of affairs included a permanently flat battery, navigation lights that rarely worked and a radio direction finder that worked even less well than most, not to mention many  late suppers and a good deal of swearing.

One of the big events of Ray’s year was when he and his wife set off on their annual cruise. We all waited with interest and some trepidation to hear if he had made it back and what horror stories he would have to tell. One year he was nearly run down from behind in mid channel by a ship that apparently did not see the failing stern light and was scared off at the last moment by a white hand flare. The next year he was so busy looking out behind that they were almost run down from ahead – time for another white flare. Fortunately Ray seemed to view all this as part of the fun and his wife who had strong maritime connections never seemed too put out.

Ray and Mirembe were my introduction to dry foot sailing and above all to the excitements of sailing the Blackwater estuary in a long keeled boat with no echo-sounder. I am no longer sure just how often we went aground but memory suggests it was almost every trip. The usual routine involved solid contact with the mud whilst tacking up the river 10 seconds after Ray had announced “there should be plenty of water for a bit yet”. To be fair, it always seemed to happen on a rising tide so after the ritual burst of swearing and the entirely futile attempts to start the Stuart Turner we just settled down to a cup of tea and waited.

Occasionally Ray would then dig out the lead line from its damp bucket in the forecastle. I was  impressed by just how wet you can get heaving a lead line and what hard work it is, what it was like on sailing ships where a 14lb weight and a 40 fathom line were the order of the day I shudder to think. The traditional markings for the line, like so many historical sailing practices seem to make little sense until you understand that they were developed over centuries to fill a particular need; bits of leather, different types of cloth and knotted string are odd markers until you understand the need to recognise them quickly in darkness.

The marked fathoms are called “marks” and the unmarked ones between “deeps”, hence the leadsman’s calls “by the mark five” and “by the deep nine”.

Ray is long dead having lived to over ninety and his younger wife recently died in her mid nineties but Mirembe is still about, I saw her last year and was struck by how much smaller she had become. In spite of the running aground and the fights with the infernal Stuart Turner, Ray always got across the idea that sailing was fun.