In 1937 the Schleicher Rhönbussard was just about the state of the art in gliders. Things have moved on but there is a thriving vintage gliding community in this country and in the rest of Europe. Most of these aircraft were built in a combination of plywood and Baltic Pine glued up with various types of urea based glues all of which are much happier if kept nice and dry. Sadly glider trailers are not always as watertight as they should be. 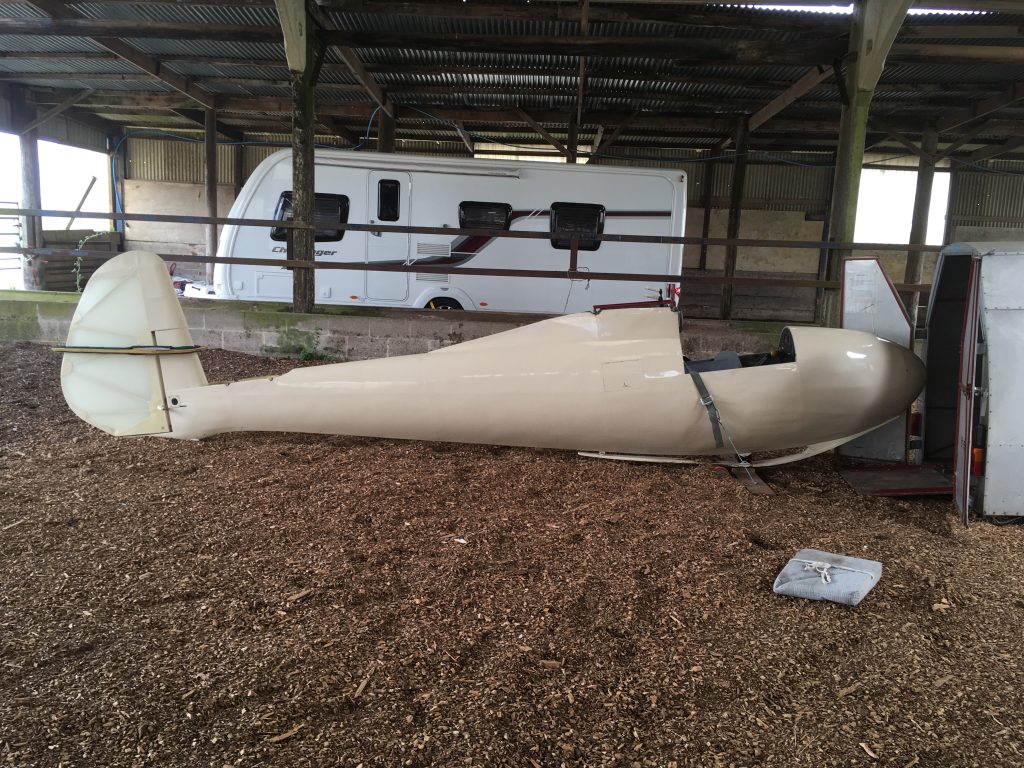 This example has been in the owner’s family for many years and water from a leak in the trailer had more or less dissolved the centre section of one wing. 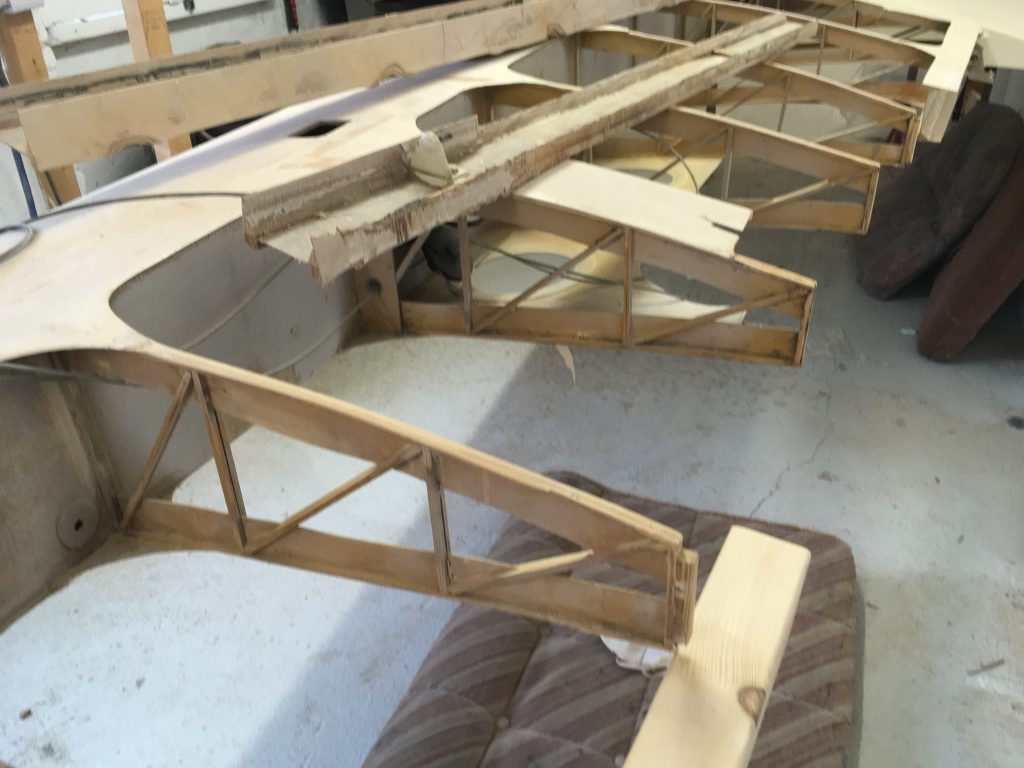 There was damage to the main spar, several of the ribs were in need of repair and the long structure seen here lying on top of the wing is the aileron spar which forms the back of the main wing and which was beyond repair. A friend who services and repairs gliders for a living asked me to build a new spar and scarf it into place. This was my introduction to the world of wooden aircraft in which 1mm thick plywood gets scarfed at an angle of 1:12 and thin bits of aircraft quality timber at 1:15 or even 1:20.

Better still the accuracy demanded for all this is demanding with an acceptable deviation from the original of about 1mm over the length of a 3 metre spar. Just to add to the fun the glue now used is resorcinol which is messy and needs quite high clamping pressures.

When it came to it, building the jigs to shape the timber and assemble the spar took longer than making the spar itself which mercifully went well. Obtaining suitable “vintage” grade timber is a major problem so there was not much scope for having a second go. 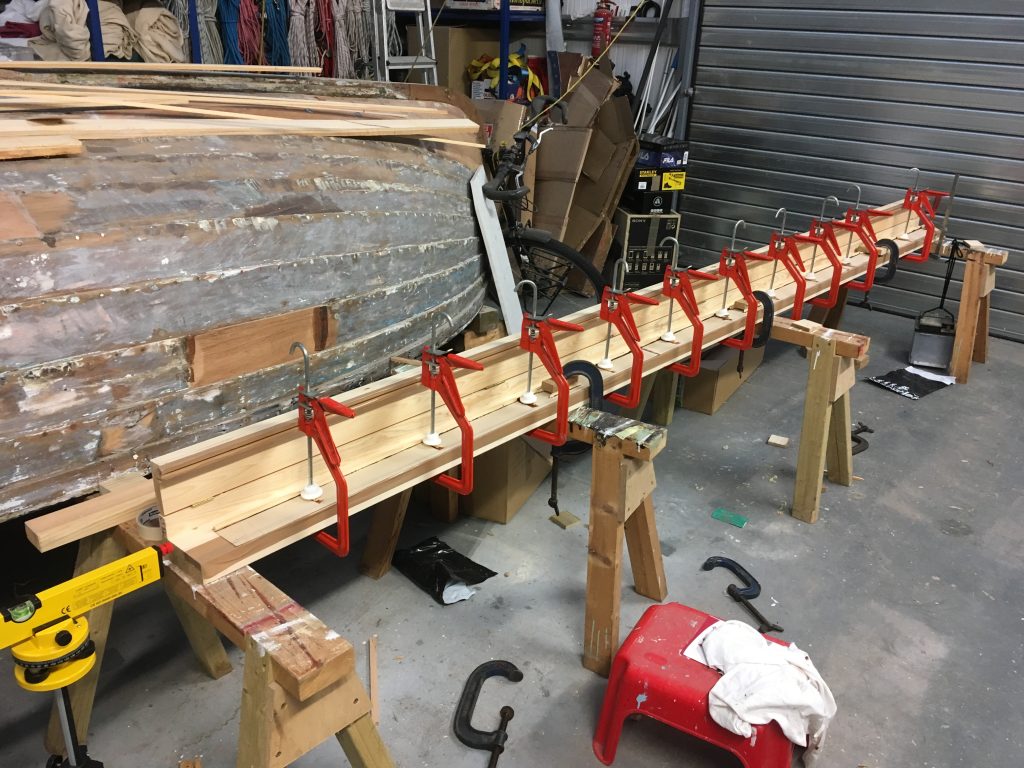 On the plus side, as usual getting each component accurate makes assembly a whole lot easier and the new spar fitted neatly into place. Cutting double ended scarfs at 1:20 in triangular sections 10mm across puzzled me for a bit but an improvised jig and a small router did the job. 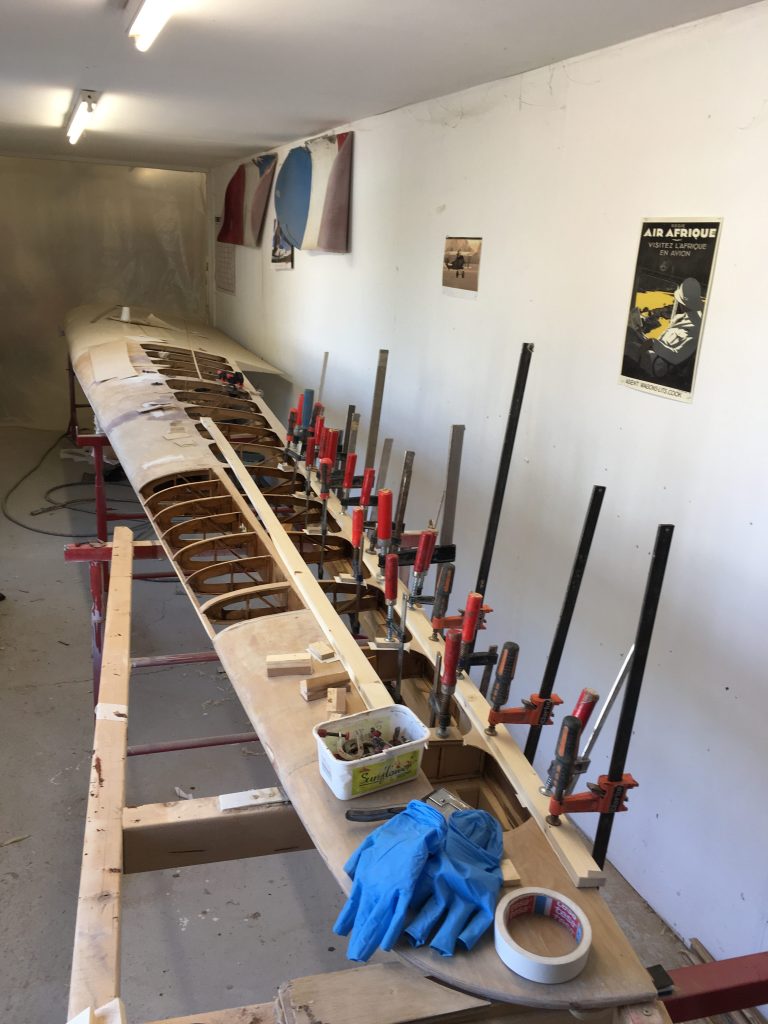 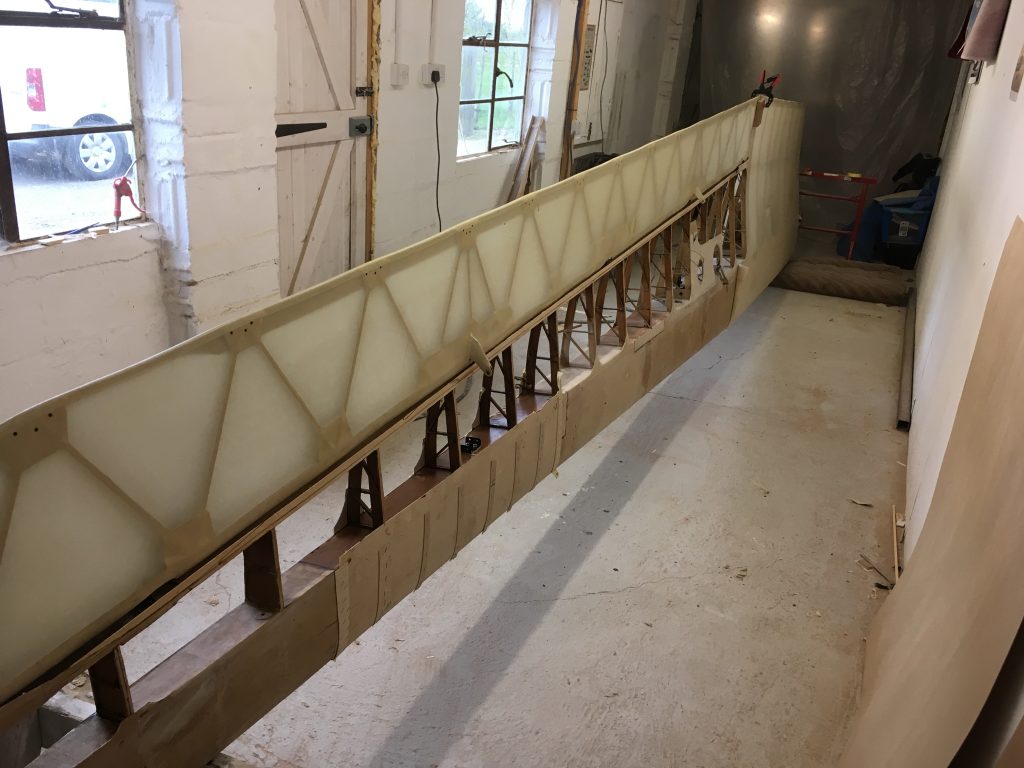 The reassembled wing waiting for the final bit of covering

The end result certainly looked more promising than what we started with, the air-frame passed its various inspections and the owner reports that it has never flown better!