Estralita, a 20 foot clinker motorboat spent much of her life carrying tourists in Salcombe harbour. She is now around a hundred years old and in need of a fair amount of repair.

One of the most troublesome leaks was around the the stem where an old repair in the stem itself had failed and the forward ends of the planks come loose.  Fortunately the apron behind the stem was both deep in section and sound timber so cutting the old plank fastenings and raking out the old bedding material was straightforward. The planks were then re-bedded with new mastic and re-fastened with a row of bronze screws.

Repair of the stem was rather more of a challenge:- 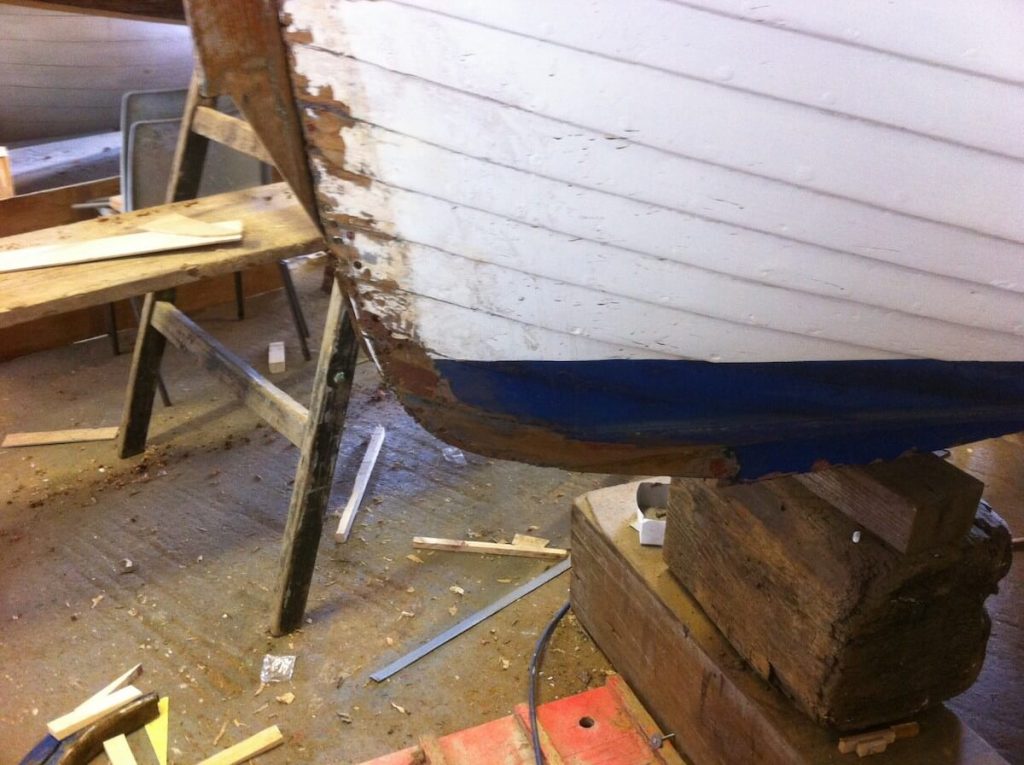 The old stem cut away 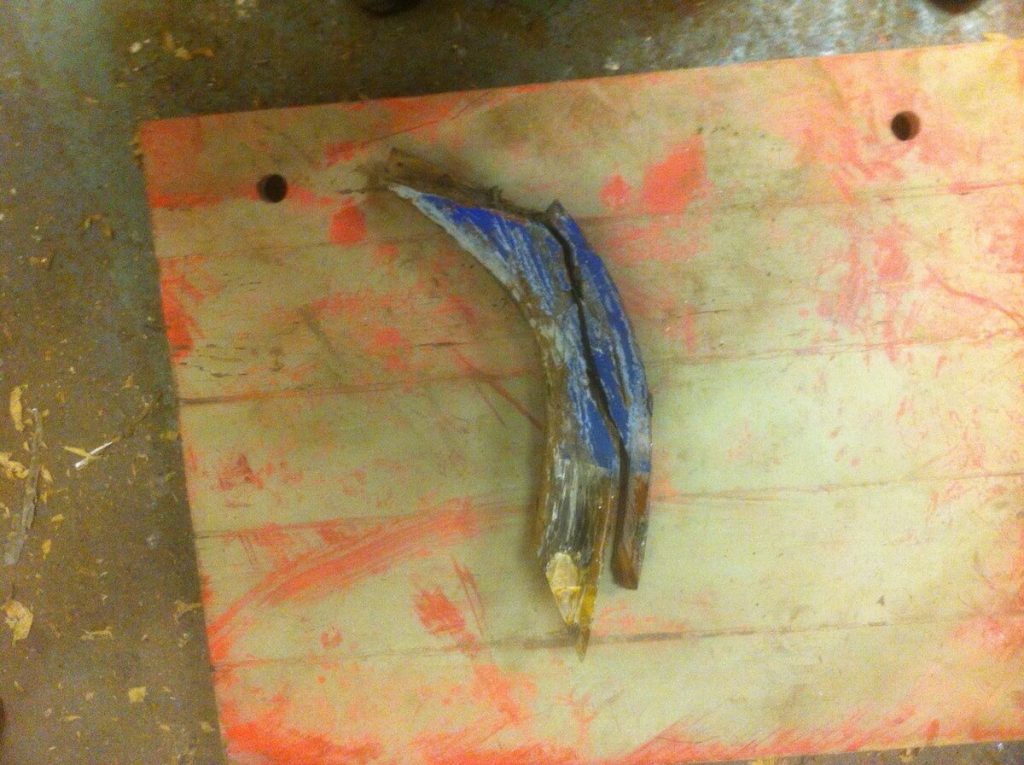 Ideally a stem such as this would be made a single “crook” of oak with the grain following the curve of the stem. Sadly due to limited demand most timber suppliers no longer seek out or even stock oak crooks. Curved branches which would once have been seen as premium stock are now routinely cut up and sold as firewood.

In the absence of timber grown in a curve you have to make your own by the wasteful and messy process of glued laminating.  After removing the stem a template was made from which a former was built on a robust building board. The starting material for the laminates was a baulk of iroko 3″x4″ eight feet long. The baulk was sliced into 1/4″ laminates on the bandsaw, tidied up by passing through the thickness planer then steamed to allow them to bend round the former. 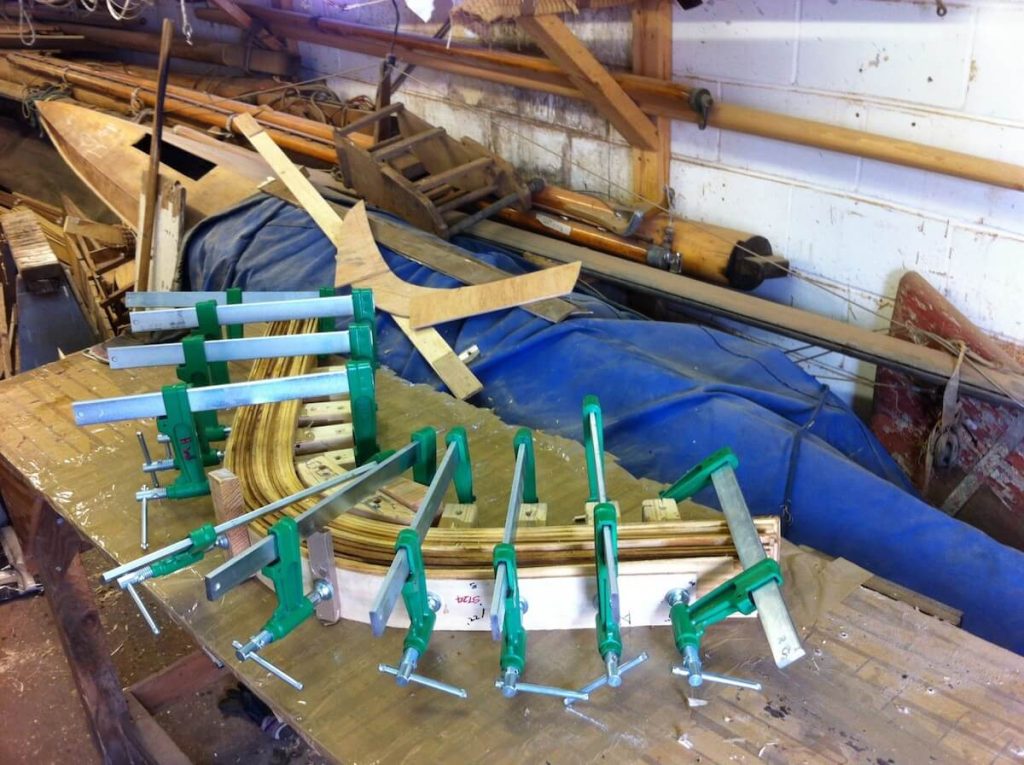 You never have enough clamps!

In spite of all efforts laminates never lie completely tidily on the former so they have to be made over width to allow for planing to a neat parallel curved member. Also there is always some straightening out when the cured lamination is removed from the former so again allowance has to be made for fine tuning the curve to fit in place on the boat.

Once the laminates were thoroughly dry, they were released from the former and coated with un-thickened thickened then thickened epoxy resin. Once this messy process was complete the whole stack was re-clamped to the former until the resin was cured.

After truing up, the cured lamination was profiled to match the old stem and the end scarfs were cut. This was followed by the entertaining process of fitting the scarf at each end and the curve in between all at once. 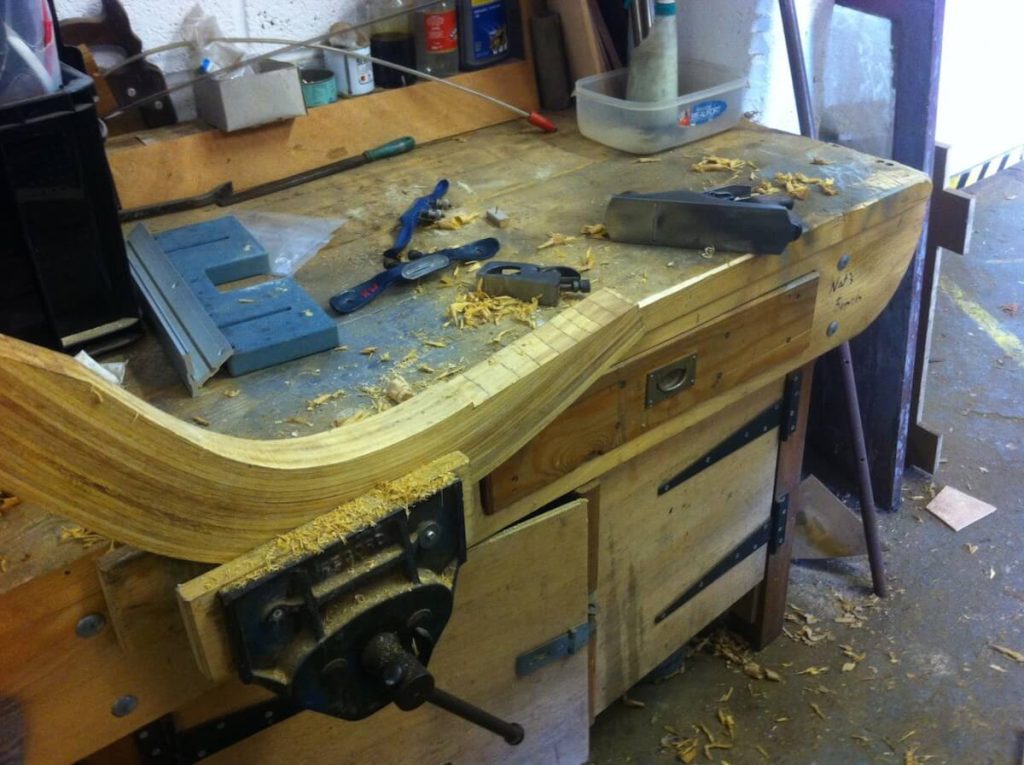 Once the new stem fitted neatly into place it was dry fitted with four long bronze through bolts before being finally bedded on mastic and bolted into place. 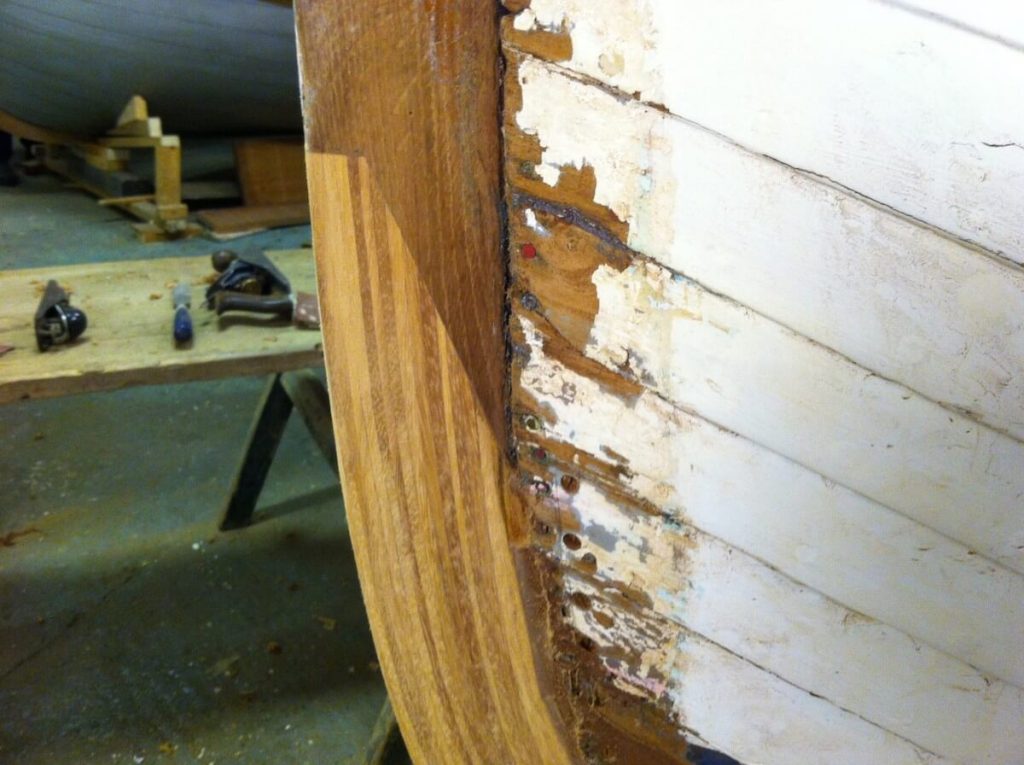 I think the finished product looks quite good. 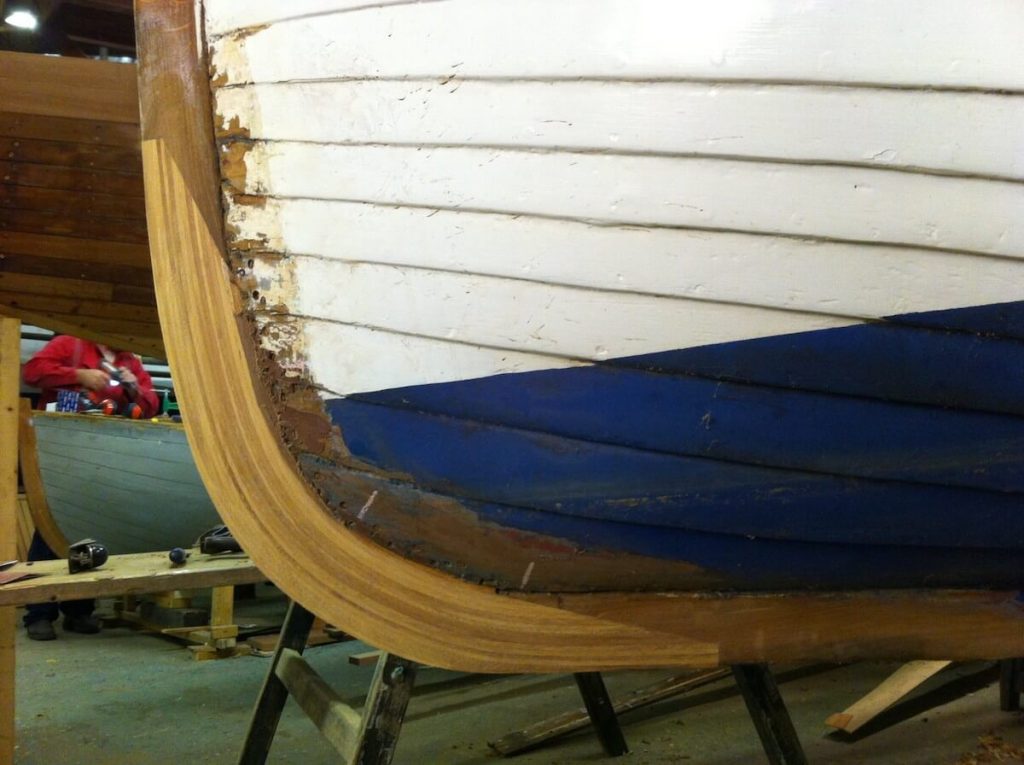