I am slightly taken aback to discover that Wild Goose has now been in the workshop for nearly three years. To be fair, she was always a side project to be worked on in quieter times and I was away sailing for four months last year. Still, the job continues to move gradually on.

The stem has been rebuilt and a new apron (inner stem) fitted. The bow has been pulled back together with a new breast hook and the forward ends of the planks replaced. 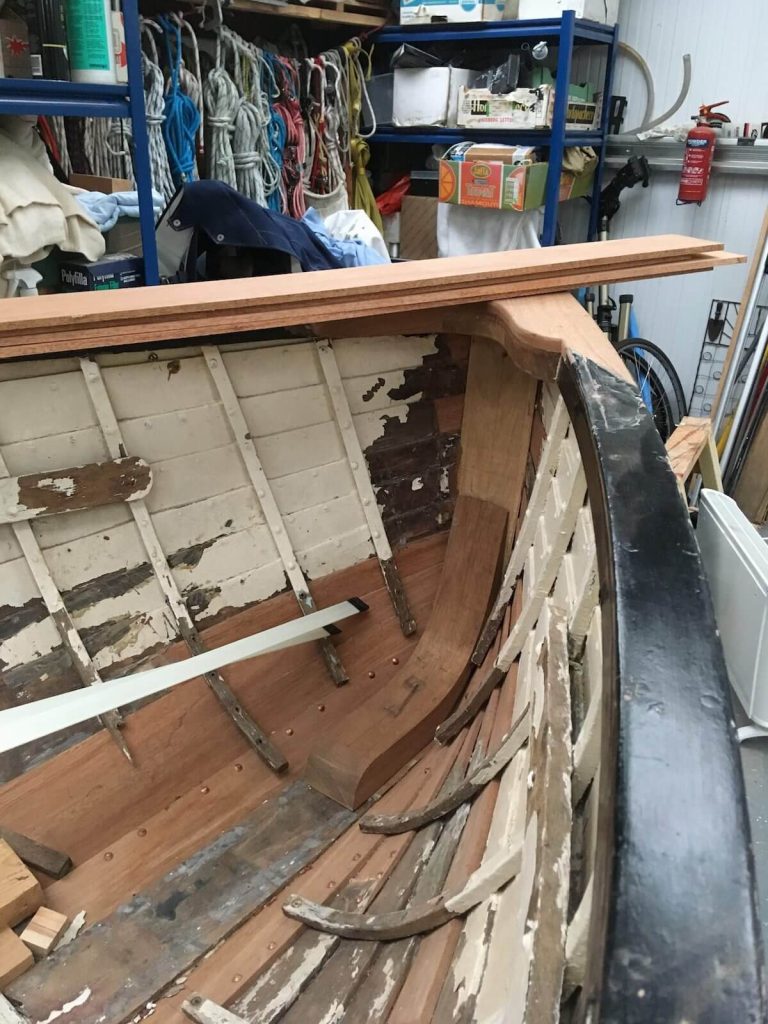 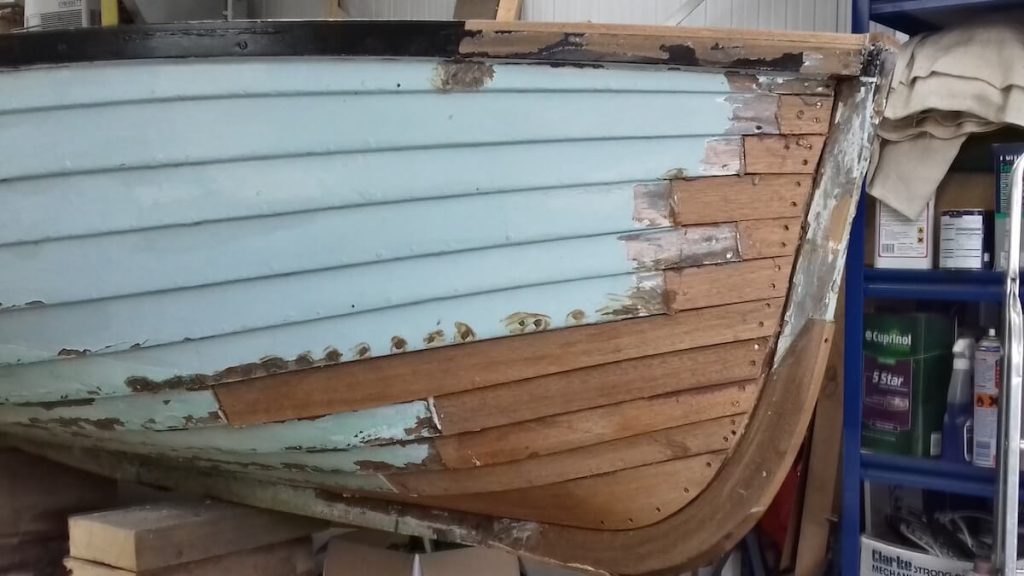 Inside most of the woodwork has been removed and re-fitted with re-shaped bracing knees and a scattering of new steamed oak ribs. 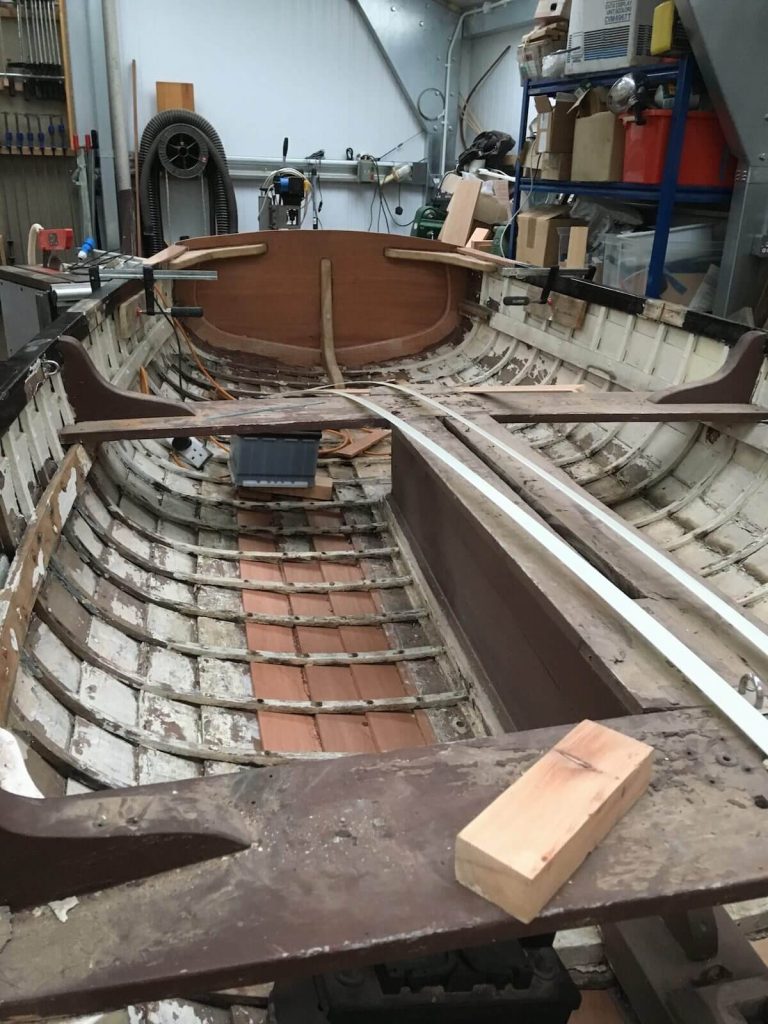 Most conspicuously she has also acquired a new transom; the old one had come loose and in places suffered quite severe electrolytic decay caused by steel fixings. The transom had to come out in order to re-fix the planking so in the end I decided was easier and better to make a new one. As often seems to happen my timber supplier’s off-cut pile came up with just what I needed. 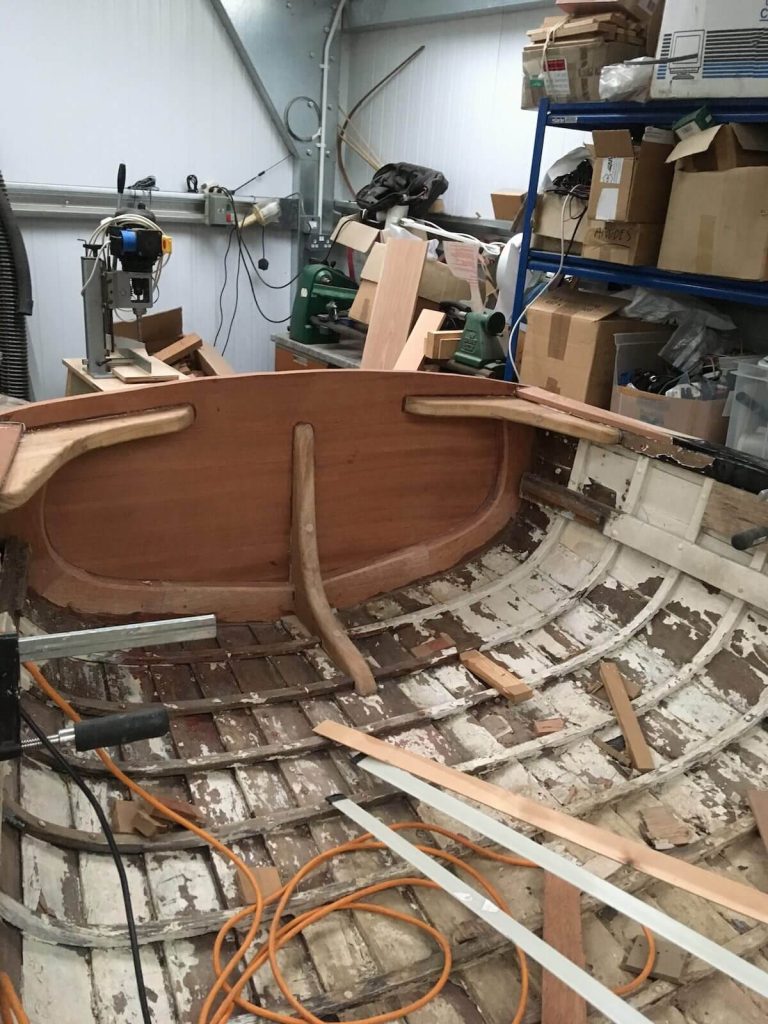 I spent two tedious days doing my least favourite  job of removing decades of paint with a scraper and a hot air gun. Inevitably this showed up new issues to be dealt with and in went several new sections of planking. More difficult in some ways, quite a lot of the  edges have failed on otherwise sound planks. Some of these can be repaired directly with epoxy filler but particularly on the starboard side I have had to scarf in new timber. 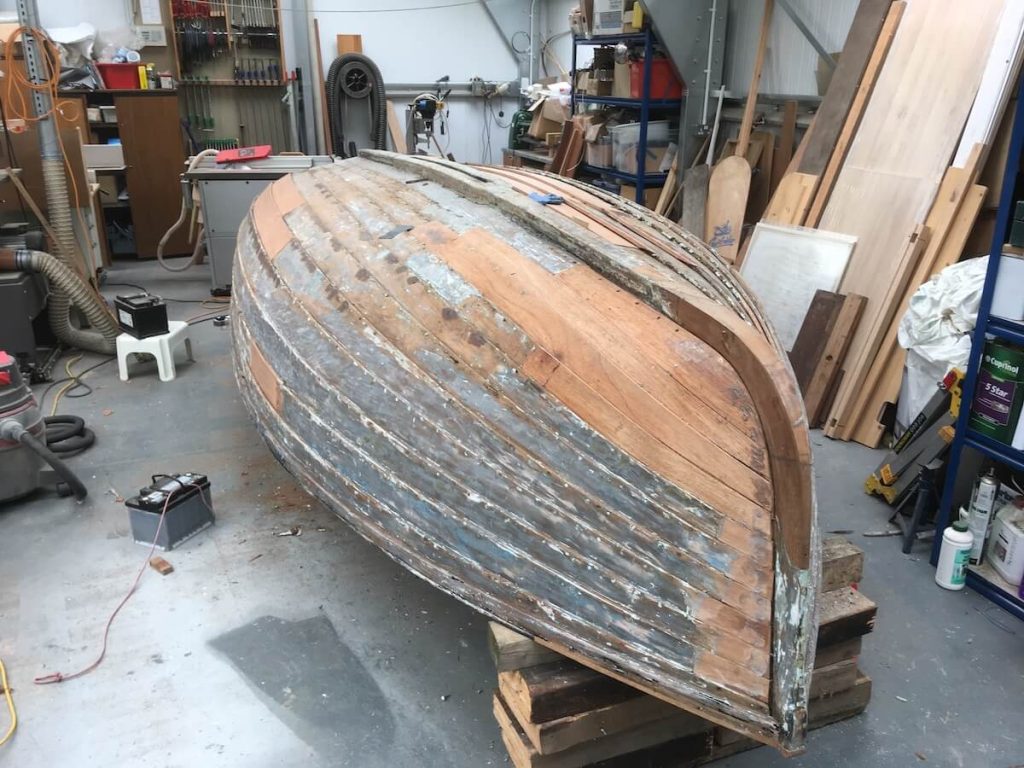 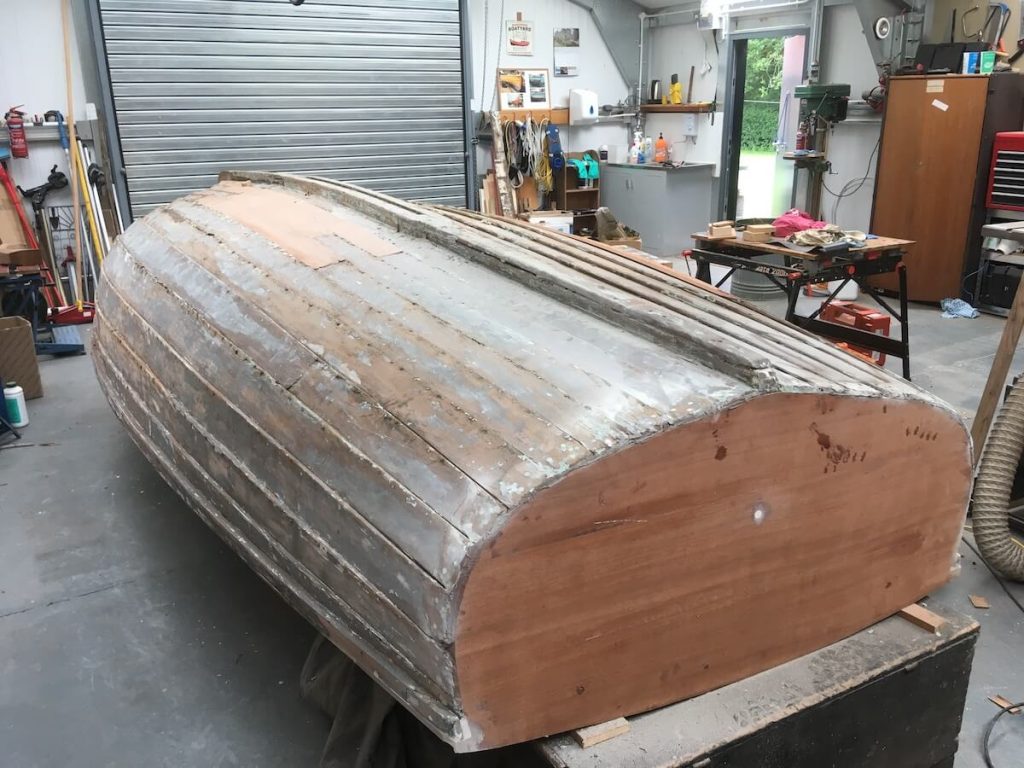 Without the distracting paintwork it is now easier to see her well preserved shape with it promise of quick sailing. I feel I am now well beyond the half way point and all being well she should make it to the water in time for next summer. All I need now is a prospective owner! This project will never pay for itself in terms of the time spent but I shall be content if I cover the costs plus a small return on the effort.